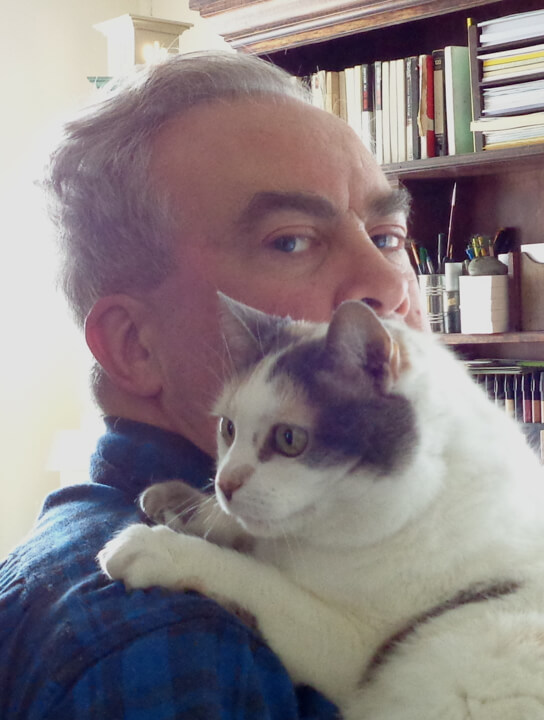 This Interview was conducted with Brian Dewan at the Wellness Collective in Hudson, New York, on June 9, 2013.  Dewan grew up in Lexington, Massachusetts, went to Oberlin College and became a musician in New York City until he moved to Hudson in the nineties.  In the beginning of the interview, he talks about growing up in Lexington, his early love for music, and the times he shared with his friends.  He also tells stories about his parents and his time at Oberlin.  The topics he later brings up in the interview include his move to New York, the clubs he played there and his transition to Hudson in the 90s.

This interview might be of interest to people who would like to hear more about children of parents who worked for the military, growing up in the Catholic Church, performing in New York and doing freelance work in Hudson, New York.

Sean Ferguson is a history major at Vassar College with a focus in Asian Studies. One of his particular interests is immigration and the process of becoming both legally and culturally American. He attended the Oral History Summer School to prepare for his summer internship at the Rutgers University Oral History Archives. This summer he will be conducting Oral History interviews with members of the South Asian American community in New Jersey.