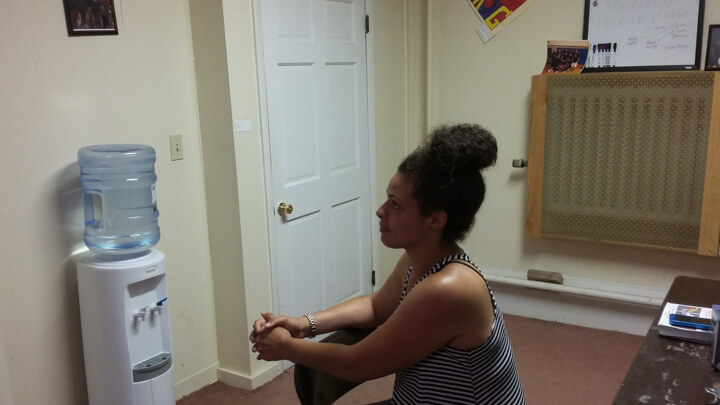 The interview with Anneice Cousin was conducted on June 27, 2016 in Hudson, New York. Anneice is a mother to two daughters and works at Camphill Hudson in Human Resources. In the interview, Anneice discusses her family’s long-standing connection and presence in Hudson, her decision to return to Hudson after having grown up and lived in various surrounding areas, and her hopes for the future of Hudson. The role of nature, energy and music in shaping her life are themes that recur throughout the interview, as she recounts spending her Childhood summers riding bikes and going on adventures with friends and more recent camping adventures with her daughters; her views on the connection between the energies of the earth and people, and; the music that filled her Childhood as well as her own musical undertakings. She describes her gratefulness for her work with Camp Hill Hudson, discussing how she readily takes on the new challenges she is met with everyday, continues to learn from and alongside individuals in the Camp Hill community, and how she thinks Camp Hill can play a positive role in the Hudson community at large. Returning to Hudson pregnant after college she reflects on the challenges she experienced trying to access social aid as an expecting mother and how co-living with a woman with Down’s Syndrome is really what marked the beginning of her adult life.

This interview would be of interest to those who want to learn more about Hudson from the perspective of a young woman who was born here and after many years away has moved back and is working to shape the future of the community. It would also be of interest to anyone interested in the co-constituting roles of nature, spirituality and family.

Christiana Fizet is is a history and political science teacher from Ottawa, Canada currently undertaking a PhD in history education, exploring the role history teacher candidates’ identities play in shaping their understandings of and approaches to Canadian history. She is interested in how oral history can be used as an instrument to give sound to previously silenced voices. She is also excited about using oral history in the history classroom and supporting her future students in becoming both interviewers and narrators.