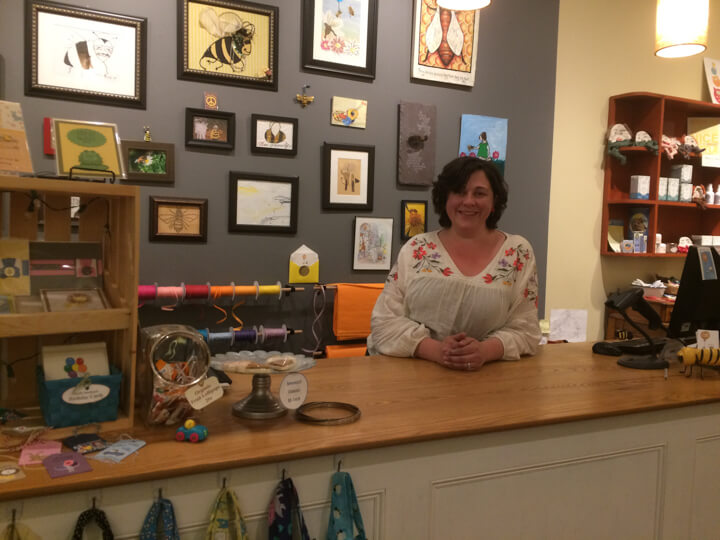 This interview was conducted with Amanda Hummel in her children’s store on Warren Street in Hudson. As a fifth generation Columbia county-resident, Amanda has witnessed and learnt how the area has changed over the decades. She discusses what the city of Hudson was like in her early Childhood when she came to visit her grandmother. Amanda has strong views about the importance of community. Eight years ago she decided that she wanted to create a space for natural parenting in a healthy environment and she opened a children’s store. She resigned from being a teacher in elementary school and has been a community advocate for parents and their young babies and children since. She is surprised how little faces she recognizes on the streets and how Airbnb is slowly taking over Hudson. Amanda is concerned about the residents that are being pushed out of the city due to the rising costs of living in Hudson. She expresses the different pace of living in Hudson as opposed to New York City and the quality of life upstate.

One the same day interviews were conducted with her husband Ian Solomon and mother Sandra Nartowicz, who are both talked about in this oral history.

This interview would be of interest to those curious in the transformation of Hudson over the last decades, the challenges and satisfaction of being a business owner in Hudson, natural parenting, what it’s like to live in the Hudson Valley, the effect that Airbnb has on the city of Hudson and gentrification.

Liz Dautzenberg is a Dutch journalist based in Amsterdam, the Netherlands. She has conducted this interview as part of the Oral History Intensive + Oral History and Public Art in 2019. Although Liz feels confident speaking in English, she Liz is not a native English speaker.