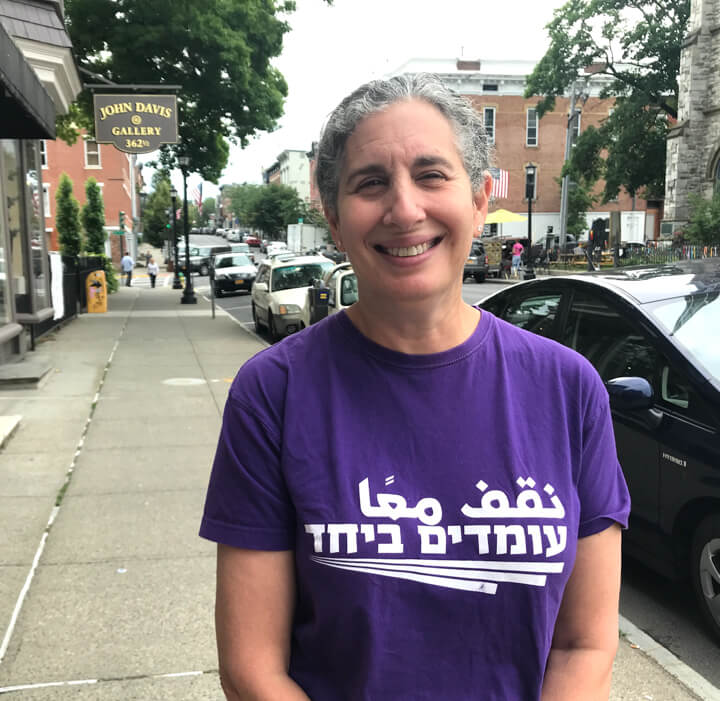 Aliza Becker was born in Chicago and is the only one of her family to remain there. She talks about various phases in her life where she found community, starting in college, and extending to her present day home in a communal housing complex. Aliza speaks richly of her home life, almost in contrast with situations she found and created later in life. Her father was a much-loved veterinarian who in a different time in America could spend generous time with families and their pets, which was much appreciated. Her relationship with her mother and siblings was somewhat fraught, and they were not as close as she would have liked, a situation that was exacerbated when they experienced social mobility and each got a room of their own. She talked about the contrast between that home life and visits with her paternal grandparents in a far warmer environment.

Starting in years immediately following college, when she moved to Peru for work, Aliza has had a deep history of activism and of intercultural curiosity. Time in Peru brought her in touch with not only activists, but prominent local musicians, and those people play a lasting part in her life. Returning to Chicago, her activism has continued to this day, with a variety of causes that invoke a portrait of political causes and cultural issues on either side of the 21st century divide.  Specifically, she talked about the influence of 60’s activism on her Childhood, her personal relationship to Israel and involvement in peace activism.

This interview should be of interest people interested in Jewish-American life in the U.S., progressive activism in the late 20th century and early 21st century, progressive labor efforts in South America, upward mobility amongst suburban families in Chicago; and ways of building and finding community.

Maria Luisa Gambale was in an oral history workshop with Aliza and knew her for four days before they did this interview. She is 46 years old at the time of the interview, and works in film, television and print journalism, as well as being an activist with a focus on progressive state politics. International travel has also been a part of her life since right after college.