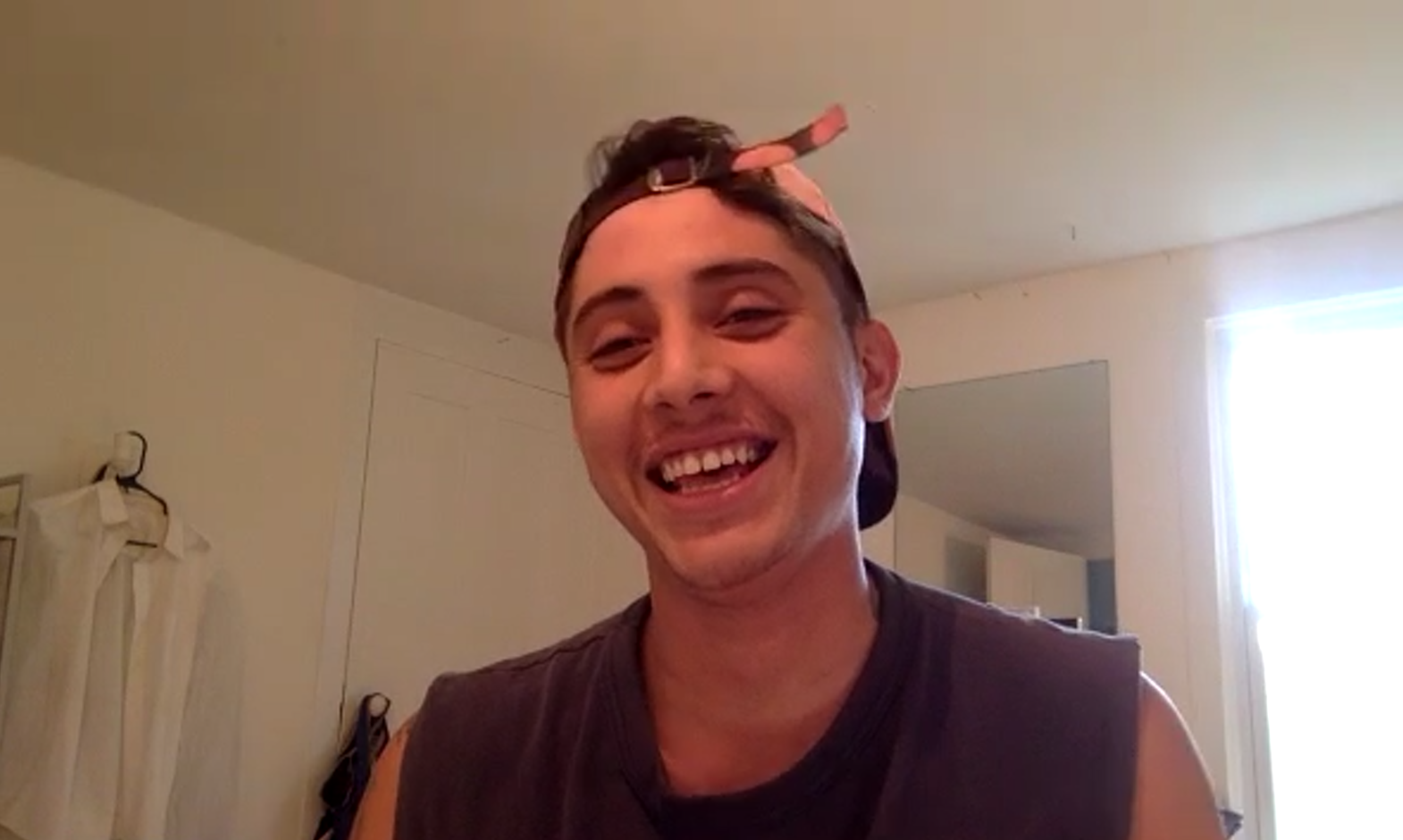 "Ale is a queer performance artist from who has lived in Hudson for 3 and a half years. Hailing from Los Angeles, they moved to Hudson following their graduation of Bennington College. They perform drag at the Queer Art of Performance-- a monthly event Ale organizes at Lil Debs Oasis.

In this interview, Ale discusses their development as an artist moving from photography to sculpture and ultimately to performance art and drag, focusing on how their practice was transformed by Hudson as a community-oriented space.

At the center of Ale’s story lies Lil Deb’s Oasis, a queer run restaurant in which they worked and found a community that lead them to the Queer Night of Performance. Ale speaks extensively about the aforementioned monthly gathering at Lil Deb’s. In that space, they began performing drag initially inspired by Selena Quintanilla. Ale observes the power of drag to destabilize structures and contextualizes their art as part of a new wave in Hudson along with their fellow artists such as dancer Devon* and a writer Shanekia McIntosh. Discussing their desire to preserve history of queer art, Ale tells about their predecessors such as older drag queens Trixy* and Lettuce* and spaces like The Tiger House, a Bed and Breakfast on Allen street and shares a photo-book in-making that archives the Queer Night of Performance.

This interview took place in July of 2020, 5 months into the COVID-19 pandemic. Ale discusses how Hudson being a small town with a recently elected black mayor, Kamal Johnson, allowed the revolution** play out in a unique way; how they are working on a project supported by the Hudson Board of Tourism to transform the Queer Night of Performance into a socially-distanced event with a mobile stage; as well as starting graduate school remotely. Ale emphasizes the importance of ensuring that the recent emergence of Hudson as a tourist destination does not exclude the queer community-- in part because the queer community is deeply connected to other marginalized communities. Ale observes how gentrification and Hudson’s identity as a tourist destination has intensified in the last few years: the increase of AirBnbs, decrease of low income housing, increase in rent prices, lessening of the black and brown community, and the transformation of State Street.

In pondering the future of Hudson and that of their own, Ale further emphasizes the unique role that community plays in the town, and how making art oriented towards serving that community irretrievably changed their creative practice. In addition to Lil Deb’s, Ale puts on the record Casa Latina: Popusas y Más, a restaurant ran by an El Salvadorian family, which has played a role in Ale’s appreciation of their Latinx identity, and has become another central part of the family that Ale found Hudson.

This interview would be of interest to those interested in queer identities, contemporary art, queer art, affect of tourism and gentrification on local artists, as well as inns and restaurants of Hudson.

Gabija Kertenyte is a recent graduate of a history BA born in Lithuania and currently living in New Jersey. She is interested in history as a lived experience. She has not met Ale prior to this interview which was conducted remotely due to the COVID-19 pandemic.